Three things you need to know to understand e-safety 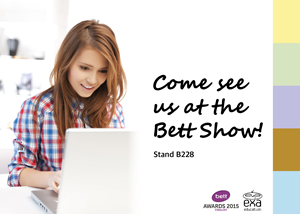 The rise of communications technology has been fast. For many it arrived fully formed and e-safety is often an attempt to retro fit conventions after the fact. We can not put the genie back into the lamp and it is pointless to stick an Elastoplast over the spout, so somehow we need our understanding to catch-up with reality.

We are delighted to announce that we will be discussing this issue when we speak at Bett next week.

We have joined up with Exa Education - the UK's leading independent Internet Service Provider to schools, who are hosting a number of presentations on their stand. With seminars ranging from need-to-know e-safety advice to teaching computing in 2015, there's something for everyone!

In the E-safety Support presentation, we will illustrate three basic principles underpinning Internet technology and its usage which will equip you to not only understand e-safety today, but also to continue to understand it as the technology evolves.

Be sure to come along to stand B228 at 4pm on Wednesday 21st or 12 noon on Thursday 22nd to hear the presentation.

For those not able to attend Bett, we will be featuring the full presentation in a blog soon.

A timetable of the Exa seminars can be found on their Facebook page.

If you would like to meet a member of the E-safety Support team at Bett, please get in touch using the comments section below. 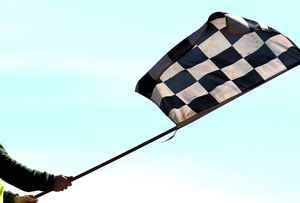 In the final E-safety Support article of the year, we thought it would be an ideal opportunity to look back at some of the major news stories and events that have shaped the world of e-safety during 2014.

In January, the Christmas sales figures reported the huge increase in sales of tablet devises, changing the way many young people interact with the online environment. Unsurprisingly then, the biggest trend on display at the 2014 Bett show was that of implementing these devises into education.

February saw the 11th annual Safer Internet Day. Activities were held across the UK and reached millions. We are of course, looking forward to the event again in 2015. February also saw the fleeting internet craze, Nek-Nominate. This saw many young people taking sometimes fatal risks in order to go one better than their predecessors in this online phenomenon.

In March, a new NSPCC report found that 28% of children aged 11-16 with a profile on a social networking site have experienced something upsetting on it in the last year. In other news, teachers too were once again recognised by unions as needing ‘rules’ for social media usage. However, the positive side of social media was also recognised when the ‘no make-up selfie’ campaign raised millions for charity.

At the beginning of April, Ofsted released their latest inspecting e-safety briefing document containing suggestions for good and outstanding practice in this area. This report was to be later removed from the public domain, although the requirement for a robust e-safety provision in schools was still very much on the Ofsted agenda.

May saw the emergence of ‘Creepshots’, websites that operate like social networking media sites where members are encouraged to post photos that have been taken possibly without consent or knowledge of the person in them. May was also the month when the European Union set a major precedent over what is now referred to as the "right to be forgotten".

Slenderman made an appearance in June, the disturbing Internet creation that is being blamed for a series of near fatal stabbings. In other news in June, Facebook announced plans for a platform for children under 13 to have social networking profile. A report from AGV found that almost 80% of parents blame the Internet for forcing the 'Facts of Life' conversation. It was also suggested that contrary to popular opinion, children's unorthodox spelling and grammar while texting does not stop them learning the rules of formal English.

July saw the launch of Friendly WiFi. Friendly WiFi is the world’s first accreditation scheme designed to verify whether a business’ public Wi-Fi service meets a minimum level of filtering to block out access to pornographic and child abuse websites. This brand new service aims to protect young people when they access the Internet using Wi-Fi hotspots in cafes, restaurants etc.

In August, a study by Oxford University saw the positive side of gaming, suggesting that playing video games for a short period each day could have a small but positive impact on child development. Also in August, Ofcom announced figures which suggested that six-year-olds understand digital technology better than adults.

In September, The Telegraph reported that parents feel more confident talking to their children about notoriously tricky topics like the birds and the bees, puberty and race than they do about how to use the internet safely – and some plan to avoid it, despite admitting its importance. In related news, parents were encouraged to pay more attention to the apps their children download after new research found that nearly a third do not monitor the downloads their children make to their smartphones.

News in October reported that teenagers sending each other sexually explicit messages and images – known as sexting – is increasingly becoming a “normal” part of growing up. However, they were also warned about the risks and potential legal issues surrounding sexting. It was also in October when the leak of images from the popular app Snapchat (which became known as the ‘Snappening’) put the privacy of many young people at risk.

As we reached November, many schools and organisations geared up for Anti-Bullying Week. With more and more children owning mobile devices and spending longer online and on social media, cyber bullying is becoming one of the most common forms of bullying. The annual event organised by the Anti Bullying Alliance saw many activities across the UK.

Looking back, it’s been an eventful year, with the world of e-safety evolving and online trends coming and going in a flash. We expect 2015 to be no different, so will be continuing to support you and your school with up-to-date news and information about the e-safety issues that affect you.

During last week’s Bett Show, we took the opportunity to take a look at the education trends that were emerging from an e-safety perspective.

Unsurprisingly, by far the biggest trend is that of using portable devices and Apps to support education and learning. There were over 500 online resources on show along with hundreds of devices including BYOD, tablets, touch-screens, webcams and a host of Apps too – the list goes on.

With all this access to technology and the Internet, it’s easy to get swept along with the shiny new gadgets and flash Apps to help engage students in and out of the classroom – anything that supports this should of course be encouraged.

But with all this change in the way we teach and learn it’s vital to remember that e-safety should come as part and parcel of any new technology we choose to use with students. That’s not necessarily to say that new devices should prohibit certain websites for example, but that we should be aware of any potential risks we place in front of students. Does a new App allow users to engage with each-other? If so, do we know who the other users are? Can the activity be monitored? And so on.

We should always know the pros and cons and make students conscious of them too before integrating new technology into the classroom. That said, there were some great examples on show that combine new technology with good e-safety practice.

If you have encountered good or bad examples of devices or Apps that you would like to share with fellow teachers, please let us know by using the comment form below.