Have your say: Knife Crime 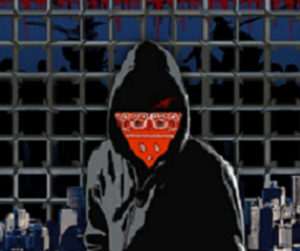 In London, knife crime and youth violence have become depressingly regular features of the news. Week on week we hear about another young life taken, a family heartbroken and a community shattered. But it’s not just London that is being affected. All over the country, young people are under threat because of the carrying of knives. There has been a sharp rise in West Midlands, which includes Birmingham, Coventry, Wolverhampton and Walsall. The region has already recorded the highest number of youth knife deaths in 40 years, with six young people aged between eight to 19 dying from knife attacks within that police jurisdiction this year.

Ofsted have carried out research into how London schools are dealing with knife crime, looking at how schools are protecting pupils from the threat of knives while they are in school, and how they are educating pupils about the dangers of carrying a weapon outside of school. Many schools have been tackling this head on for a long time, yet it is now clear that all schools, no matter their location or context, have to develop approaches that safeguard children from this threat. This has to be based on the recognition that anyone can be the victim of knife crime because many young people are carrying knives. So here are five approaches that schools are using to help address knife crime.

1. Participate in the local area plan to tackle knife crime
Each area has developed a knife crime strategy and we should find out what it is and participate fully in it. We should be proactive. Schools need to take a full and active role in local area plans, understand what is available to them. Many people think knife crime is a policing issue. However, Scotland had great success from making it a public health issue. Schools there would bring in people from all walks of life to talk with young people about knives. This was part of a co-ordinated strategic plan which led to a massive reduction in young knife crime in places such as Glasgow. The years of austerity have affected our ability to tackle knife crime. Youth workers, mentors, youth clubs, community police officers have been proven to help reduce knife crime, yet many of these services have been eradicated. But we can’t allow that to be the end of the story. Schools need to identify and engage with any of these remaining services as part of their approach. If there is a lack of service, challenge the local authority for more! In London, the Mayor’s office has dedicated £250,000 to fund community projects to engage with young people and reduce the carrying of knives. This is in addition to the £1.2 million Young Londoner Fund. The Mayor of Manchester is bringing in similar schemes.

2. Engage with young people in meaningful dialogue
When you look at the stories of knife incidents, you’ll see that one group is often missing from the picture: professionals are not part of this story. Young people often don’t tell us about their experiences and fears. Sadly, many young people don’t tell school staff because they don’t think we can help. In London and Scotland, young people have said that they want to be engaged with by people from their communities who they know and trust, and who have experienced some of the same issues and challenges around knife crime. So where, when and how can professionals intervene in young people’s lives in a way that would reduce the threat of knife crime? Well we need to start by asking young people about their experiences, who they would speak to, what schools can do and listen to them. Scotland’s excellent support materials for schools and youth settings, ‘Noknives,betterlives’ states that we should be involving young people as equal partners which for school staff means observing, not judging, engaging in dialogue and bringing in other people that are not teachers. We need to use this to form an approach in our schools and provide chance for reflection so that we can positively influence attitudes, choices and behaviour. The focus should be on supporting young people to understand who they are, the decisions they make and the factors which influence them.

3. Use the available support resources
Many parts of the country have produced excellent resources for schools to help tackle knife crime. Scotland has been recognised for its success in reducing knife related deaths. These resources are now being used around England. ‘Noknives,betterlives’, ‘Benkinsellatrust’, ‘Londonknifcrimeapproach’ are just some of the free resources available. They include comprehensive lesson plans to promote dialogue, reflection, decision-making. There is also material available to introduce this at primary school too. The resources go much further than assembly ideas. They provide in depth activities to engage young people in dialogue, self-reflection, decision making. They can be integrated into the curriculum and are much more than one off lessons. Furthermore, there are resources for teachers, young people, youth justice workers and parents. So, have you seen them? Have you used them or considered where they can be incorporated into your curriculum?

4. Engage with parents
How do parents feel about knife crime? They are surely thinking about it. In terms of what they can do, they can often feel powerless. The resources mentioned provides help for parents to educate their children. Schools need to educate parents on what is available and what they can use. We also need to give parents the chance to group together, in communities, on their streets, so that adults can look out for children. Isolation is the great threat to parents playing their role in tackling this head on. As schools, we can be a centre point in the community to get parents together, to share the information and resources available and to ensure we are all talking to each other about our children. We need to remember that most schools are very safe places, but the knife tragedies are happening out on the street. Parents, alongside the police and other observant citizens have key roles to play but may need the help of schools to know what is available to support them.

5. Engage with high risk pupils
We know that some groups of young people are more vulnerable to engaging in and becoming victims of knife crime. Pupils who live in areas with known gang activity, those who have been excluded from school, those that get drawn into criminal exploitation as a consequence of being targeted and groomed. While schools need an approach that engages with all children, we need to be identifying potentially high-risk pupils and offer them access to mentors, youth workers and other proven interventions. We need to work with the police, health and social services sharing information to keep our pupils safe. In London, the police will let schools know which of their pupils is on their radar for knife related incidents. A recent YouGov poll found that 72% of parents believed that excluded pupils were more at risk of being involved in knife crime and serious youth violence. Yet currently, 1 in 3 local authorities have nowhere for excluded pupils to go. Couple this with the debate about many schools and academies excluding pupils too easily for not conforming to school rules and it is hard not to be concerned. We need to consider what will happen to young people that are at risk of exclusion and find every possible way of keeping them in school with us. Yes, that will be challenging, but the alternative might be much more serious and ruin their lives. We owe it to young people to do everything we can to ensure they aren’t cast off without any hope or support. They need to see that we will try to help them and that we won’t discard them.