Apps for Teachers and Education - GoBubble 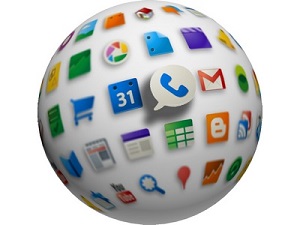 Following our first review of ClassDojo, we received a number of comments from fellow teachers, which allowed others to make more informed decisions about whether to use it in their schools. Thank you all for your input.

As our series on educational apps grows, our intention at E-safety Support is to provide a useful arena for teachers to share their comments, allowing others to evaluate the feedback and help them decide if the app is for them.

We continue our series with GoBubble

The age limit on using sites like Facebook may be 13 but that does not stop four out of five primary school kids admitting to using social media at least once a day. Determined to give parents and teachers the tools to deal with this growing trend, former police sergeant and e-safety guru, Henry Platten took matters into his own hands, developing a safe social media platform that young children can use.

GoBubble from eCadets is designed to put an end to unwanted friend requests, dubious content and the potential for cyber-bullying. It allows children to take advantage of the best bits of social media without any of the negative aspects. With GoBubble children can chat online with school friends, share jokes, pictures or videos and learn about different cultures by making new friends of the same age from around the world.

“We need to accept that our kids love social media and will use it no matter what the age limit is, so my view is, don’t ban them, just provide them with a safe alternative that has all of the up sides but none of the down sides,” says Henry Platten founder of the multi-award winning eCadets. “GoBubble is that safe alternative.”

What are your thoughts on GoBubble?
If you are using GoBubble in your school, or have had experience of the app and would like to share your thoughts to help other E-safety Support members, please use the comments section below, or email tina@e-safetysupport.com.

Very often, these enquiries relate less to the features of the app, but more about how other schools are using them, how they are helping within the setting and what (if any) have been the snags.

We know that you, our members, have a vast array of knowledge and 'on the ground' experience of a great many apps and hoped that you would share your experienced with fellow teachers.

At E-safety Support our intention is to provide a useful arena for teachers to share their comments, allowing others to evaluate the feedback and help them decide if the app is for them.

We begin our series with ClassDojo 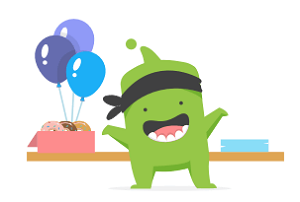 ClassDojo is essentially a communication app which, in brief, allows schools to share photos, class work, videos, messages etc. The app is designed to provide a flexible way to share this information with the whole school community.

We have received a specific question regarding this app from one of our members:

We are considering starting to use the free App 'Class Dojo' as a method to contact parents. Are you aware of any issues with this and have you and advice on how our e-safety policy should change to take into account this new method of interaction with parents and carers?

We contacted the makers of the app with this question. They replied confirming "We work really hard to make sure we are in full-compliance of all laws. We are also Privacy Shield certified for the EU".

High View Primary School would highly recommend the app. "Classdojo is fantastic. Most teachers in our school use it and the kids love it. The children are in class groups and other groups eg. Higher level maths group. They collect a given amount of awards that translates into team points and ultimately class prizes."

Can you help?
If you are using ClassDojo in your school, or have had experience of the app and would like to share your thoughts to help other E-safety Support members, please use the comments section below, or email tina@e-safetysupport.com.

Are there apps you would like to discuss?
We will be featuring the new GoBubble app from eCadets in our next app review. Have you used it in your school? Have you found it useful, easy to use, beneficial? Or, are you considering using it but have questions of your own? Please let us know.

If you would like to ask about other apps that interest you, please let us know by emailing tina@e-safetysupport.com.

I recently read an interesting story of a mother of a 12 year old boy, who is facing a £7,000 bill - a bill he inadvertently ran up by playing a popular online game on his mobile phone. Mrs Cox told the BBC that neither she nor her son were given any warning about the charges, incurred from purchases within the game application.

The situation arose when Mrs Cox’s son bought two add-ons within the game ‘Clash of the Clans’, which cost £5.98 in total; however, these transactions triggered a permissions setting that, from then on, allowed the phone to continue make in-app. purchases automatically - at a staggering rate of £240 per day.

Mrs Cox claimed that safeguards against such purchases were not in place and that firms offering apps should review procedures “…and forget making a profit from vulnerable people”.

What this unfortunate story highlights is the obvious need for parents to be acutely vigilant of what their children are doing on their personal electronic devices and monitor their actions and behaviour. Now, teenagers may find this annoying and object to their ‘privacy’ being invaded, but this is just the same as wanting to know who they are hanging around with or setting a time when they should be home by - it’s called good parenting, the only difference being that it requires parents to realise that they need to talk to their children about their online activities and have an on-going understanding of the technological age that they are growing up in.

Having just read the above story, you may have formed the opinion that in-app purchases within children’s apps, such as games, are undoubtedly a bad thing and should be banned outright. Indeed, read most articles within the popular press about this controversial subject and you would quickly realise that you were not alone.

There is, however, another side to this story.

Recently, British publisher ‘Nosy Crow’ released an iPhone/iPad app called ‘Nosy Crow Jigsaws’, which is a collection of digital jigsaws based on artwork from the company’s own books and apps. Now, this app is a ‘freemium’ app - that is it is free to download but users have to buy packs of puzzles, via in-app purchases. This is, however, where Nosy Crow have been careful and have demonstrated a responsible awareness of the problems associated with in-app purchases in children’s apps.

When parents download the app, they get five free puzzles as well as others based on the company’s fairy tale apps. They are then offered the options of either purchasing packs of 10 puzzles at a time for £0.69 or unlocking the whole collection of 200 puzzles for £6.99. Setting an upper limit to unlocking the whole contents of a game/app is completely contrary to the usual business strategies of the freemium games industry, where publishers gain significant profit from heavy-spending users, but the company believes that offering the cap is a responsible approach and have gone as far as to purposefully not offer common game ‘rewards’ such as tokens or ‘gold coins’, which they believe confuse children as to whether or not they are spending real money.

What this highlights is a major dilemma for app development companies who specialise in mobile software aimed at children. On the one hand, these companies have to be sustainable and hence have profitable business strategies, but on the other, they wish to appear responsible and not be caught up in a situation such as the one described by Mrs Cox.

Up to now, this dilemma has not been resolved, so, until the app industry can consistently demonstrate a responsible approach to ‘freemium’ apps aimed at children, it remains the parent’s responsibility to constantly observe what their children are doing, not only on their computers, but on their mobile phones and tablets, to ensure that their enthusiasm for playing the game is not clouding their awareness and hence causing them to be duped into running up huge bills by making in-app purchases.

In a related news story recently, it was reported that Google is to pay out at least $19m in refunds to settle a formal complaint over unauthorised in-app purchases. Read more,

We would love to hear your thoughs on 'freemium' apps, so please let us know by using the commments section below.