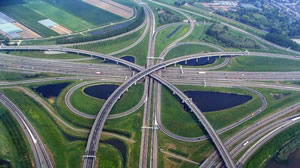 A few weeks ago we discussed the importance foundation knowledge to aid understanding and teaching of e-safety. This week we are going to dive into some of the fundamentals and introduce the concept of ‘networks’

We are surrounded by networks, be it the National Electricity Grid, The Motorway system, Telephone system or the post Beaching remnants of our national railway and of course the most pertinent to e-safety - The Internet.

Put simply. A network is a system which connects a collection of things. The main business of a network is to allow something to move from one ‘node’ on a network to another. The electricity grid is about moving power to where consumption is needed, the rails network moves passengers to their desired destination and the Internet moves data to where it is required.

Networks may be arranged in different ‘topologies’, the term which describes how nodes are connected to each other. For example some networks are arranged in a ring, where each node is connected to 2 others in a continuous loop - a bit like the Circle Line on the London underground. At the opposite end of the spectrum is a network where every node is directly connected to every other. Some networks require some kind of central authority to control the flow and ‘direct traffic’, others leave it to each node to make decisions about how to get their payload to the desired location.

At this point it is probably worth stepping back a little and talking about the Internet. The Internet is not a single entity, it is in-fact made up of many, many individual networks which connect to each other and are able to interoperate because they all ‘agree’ to use the same language and conventions. In computing we call this shared set of rules a Protocol, and the protocol which the Internet is founded on is known as TCP/IP. This means that networks built in different ways, with different topologies can interact as part of the Internet, as long as they understand and abide by TCP/IP.

It is this interoperability which allows the Internet to make connections between diverse devises, allowing for instance your mobile phone to send data to your computer which can talk to your TV or even a refrigerator.

This is important to understand as it introduces the notion of network resilience though the concept of ‘Redundancy’. Redundancy simply means that there is no single route between two nodes, there are actually multiple paths a piece of data may take to reach the destination node. If one route becomes unavailable (such as due to damage or a computer being switched off) the data finds another route.

This is best illustrated by considering the Telephone network. In the olden days, when a telephone call was made, the two telephones were literally ‘connected’ together. A series of switch boards created a link from one phone to the other. This concept is known as ‘circuit switching’. We’ve all seen picture of old film of people plugging wires into a ‘switch board’ to ‘connect’ a caller - they were manually connecting the circuit. In later years mechanical and then electronic telephone exchanges automated this job, but the concept is the same.

In modern times this idea has been abandoned. We now favour a system known as ‘Packet’ switching. Under this system there is no continuous connection. Instead the telephone converts the sound from a caller into digital information. This information is then split into little chunks called ‘packets’. Each packet of data is transported to the target telephone as a ‘discrete’ transmission. Packets may travel different routes to get to their destination and may even arrive in a different order to the one in which they were sent. However the packets contain enough extra information in them to allow them to be placed in the correct order and the sound to be reassembled by the receiving telephone.

In actuality, the modern telephone system is a part of the Internet.

So, why should we try and understand networks if we want to better understand e-safety.

Well, the answer is in these three points:

Networks of different types can interconnect
Networks are plentiful
Networks are hard to disrupt, and hard to control.