The Internet should be censored say 16-24s 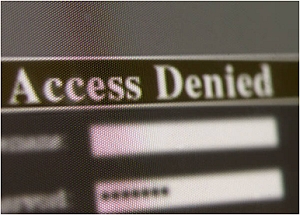 A new report from youth insights consultancy Voxburner into online security and data privacy reveals that 59% of 16-24s believe the Internet needs more censorship and control. Interestingly there is a significant gender difference, with a third of young men strongly against further censorship and a similar number of young women strongly in favour of it.

Young people are also rather split on whether technology will be increasingly used for evil rather than good, with 46% believing it will be used for evil and 54% opting for good.

Google has faced media scrutiny over its handling of user data, yet UK 16-24s who voted Google among its top ten favourite brands in Voxburner’s Youth 100 research, remain positive and trusting of honest intentions. The large majority of respondents (86%) say that Google is not ‘evil’.

Commenting on the results, Luke Mitchell, Head of Insight at Voxburner says, “Often typecast as libertarians, the truth is that young people today are more conservative than any youth generation before them. The majority in our research believe that the internet needs more control – a viewpoint that is surprisingly at odds with the mood of internet culture opinion-setters.”

Voxburner also asked young people’s views on Edward Sowden and whilst 37% branded him a hero, 63% said they don’t know enough about him or the issue.

The full Online Security and Data Privacy report from Voxburner can be downloaded here.