Our Digital Footprint - The Right to be Forgotten 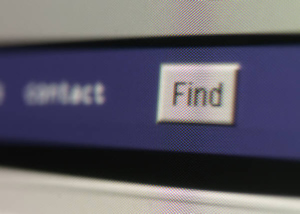 When you were a kid or a teenager did you ever do anything that was just a little bit wild or irresponsible? Maybe at a party after a few drinks or as a result of student over-exuberance? We can all probably look back into our past, hold our head in our hands and groan at our own stupidity.

But, what if you had had something serious happen to you that you personally don’t wish to remember and, more importantly, you definitely don’t want other people to remember or be reminded of, as it could be having ramifications on your present life?

This is essentially the reason why a Spanish man took Google to court back in May this year. Mario Gonzales’ complaint was that a search of his name within the Google search engine produced hits of newspaper articles, from 16 years ago, regarding the sale of a property that had occurred in order to recover money that he owed. Mr Gonzales took his fight to the European Union Court of Justice arguing that the matter had been resolved and should no longer be linked to him.

The EU court agreed with him.

The EU Justice Commissioner declared that the judgement was a “clear victory for the protection of personal data of Europeans” and “The ruling confirms the need to bring today’s data protection rules from the ‘digital stone age’ into today’s modern computing world.”

What the Commissioner, Viviane Reding, was referring to was the European Commission 2012 proposal of a law giving internet users the “right to be forgotten” and that people had the right to request information to be removed from search engines, if it appeared “inadequate, irrelevant or no longer relevant”.

However, this ruling could have huge consequences.

Should anyone who does not like a particular article or story about them have the right to simply wipe it out of existence? What about people who stand for public office? At the moment they can be researched to find if their digital footprint reveals any ‘nasties’ from their past and, although at present there is a clause within the ruling relating to data that is of ‘public interest’, the 2012 EU proposal that this decision supports, is part of a wide-ranging overhaul of the commission’s 1995 Data Protection Directive.

What about people who committed crimes in their younger days?

From a wider perspective, this issue highlights why we should be constantly aware of, and monitor our own ‘digital footprint’ - to see what hits appear when we ‘Google’ our own name. We should be ensuring that there is no content that, not only is potentially embarrassing or damaging to our character now, but to think what it could say about us in 20, 30 or 40 years time if, for instance, an employer came across it.

It is worth remembering that during the earlier stages of this legal battle between the Google and the EU Commission, Google won at every stage.

This why it is also crucially important that we teach our young people not to be so care-free about their ‘digital footprint’ (and indeed, their offline activities too) and before they hit the ‘share’ button to publish that embarrassing ‘selfie’ doing something they shouldn’t be doing or the ill-considered rant about a particular contentious issue, how will that look to others 15 years on when they are a professional, a doctor or a teacher?