The Robots are coming 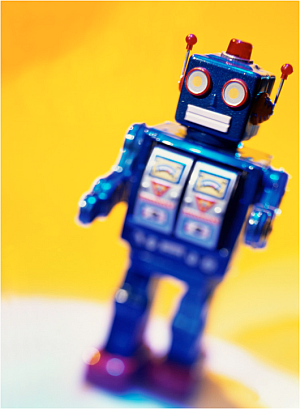 From a sociology perspective, the word technology is defined as the tools and practices enabled by the total knowledge and skills available within a society.

However, a definition that most readily sums up the way technology gets discussed in the public domain is that coined by computer scientist Alan Kay:

“Technology is anything invented after you were born.”

You can bet your rocket boots that as our early ancestors entered an age of controlled fire there were running arguments between those espousing the benefits of setting light to everything in sight and the placard wavers from the league for the protection of the dark, damp and cold.

Technology has always been in public debate.

In the early days of rail travel it was maintained by some that at the high speeds (a blistering 15 to 20 mph) that the locomotives could reach, the passengers would die of asphyxiation or damage their eyes as they tried to adjust to the strain of looking at the scenery rushing by.

These are fears based on lack of knowledge and understanding.

However, fear of technology can also be born not from ignorance but the complete opposite, a genuine understanding. It is easy to paint the 19th Century Luddite movement as irrational and reactionary, but at the heart of the cause was not a fear of technology but in fact a resistance to the profound effect that the application of that technology would have on the equality of society.

For good or for ill there is no doubt that the post industrial revolution death of the artisan culture has had a massive impact of power, freedom and self determination within our society.

Public discourse on technology as with all other aspects of society and organisation is imperative.

However, as a society adopts new technologies, be it with open arms or begrudging acceptance it can not adequately debate or critique the benefits or dangers without proper knowledge and understanding. In short - Education.

Although electronic computers had been around for some time, most notably embodied by the war time code cracking machines at Bletchley Park, it was not really until the 1950’s that they entered the public consciousness.

It is well understood that a society deals with it's anxieties through the stories it develops. An abstraction of a concept to a simplified metaphor provides a safe framework in which to examine, consider and debate a shared concern.

In Western culture in the 1950s, these stories manifested as books, magazines and above all movies.

Even the most amateur film theorists will be able to draw the parallels between the Science Fiction B movies about Alien invasion and the genuine cold war fears.

There was, I believe also something else starting to emerge. An underlying concern as to the role of electronics and computing within society was being embodied within the terrifying form of the Killer Robot.

It is not surprising that within an industrial society where manual labour was still a major aspect of working life, that an automaton in human form was considered most threatening. These machines were demonstrably stealing jobs and livelihoods.

The earliest incarnations of the fearful variant of the robot species were often defined by their great strength, robustness and the emotionless simplistic logic of their prefigured algorithmic decision making. Later evolutions developed sentience, though still mostly applied a cold rationalism.

The robot was an identifiable and understandable concept and thus the implications both positive and negative could be debated in the public consciousness.

The scientist and writer Issac Azimov famously encapsulated the notion of ethics or safe guarding into the technology when he defined the 'Three Laws of Robotics' in his 1942 story 'Runaround':

In his later books, the first law was expanded to safeguard humanity as a whole with the introduction of the 'zeroth law': A robot may not harm humanity, or, by inaction, allow humanity to come to harm.

These ideas may have their origins in science fiction writing but they powerfully encapsulate the notions and needs for an ethical structure within robotics and are still a valuable touchstone for robotics researchers and a useful structure for the public at large.

We have in recent times moved from an industrial economy to a digital knowledge economy and as such the notion of the Robot has become less obvious as a threat to our jobs.

The Robot, is still with us however and in fact is changing our society in more radical ways than anyone ever imagined.

The Robot has shunned it's clumsy physical form and become virtual, in the shape of the artificial intelligence or complex logic based algorithms.

In the information economy, the 'robot' is no longer manipulating the physical environment but instead is concerning itself with the manipulation of data which has a real impact on our lives.

For instance, we have high-speed trading on the stock-market, essentially consisting of algorithms negotiating between themselves.

I have of course emphasized the negatives or fears for the sake of debate, but the key point is that in order for a society to have control over it's technology and put it to the most efficient, beneficial and ethical use it must understand it. To understand it, it must learn about it.

Is it really sensible, acceptable or useful in a society so dependent on data processing structures to still maintain the notions that computers are some how nerdy topics of interest. Despite the current fashion trend of 'Geek chic', the mainstream perception of Technology and Computing is still that it is the dull, overly complex preserve of nerdy boys.

In reality the best research is being done by multidisciplinary teams of men and woman with backgrounds as diverse as engineering, biology, humanities, arts, philosophy and social sciences. It's not all about 1's and 0's any more. Working in technology is not solely the preserve of mathematicians and computer scientists, people from all backgrounds can and should bring their experience and the expertise of their discipline to bear.

E-safety is best tackled by education and this education forms the bedrock upon which the future technological structures, practices and indeed ethics of our society will be built.