The move to remote issues throws up a huge range of safeguarding issues, both in terms of protecting children AND teachers.

Fortunately, there are a plethora of resources out there to help you navigate rough this minefield. David Winfield from RocketLearn has given us a quick checklist of his top five tips for remote learning – we hope they are useful.

1. Supporting teachers
When you as teachers are providing online learning from home it is easy to put yourself at risk inadvertently. It is useful to remember some key points:

3. Understand the chat function
Whilst the chat can seem like a useful function if children have questions and do not want to turn their microphone on and speak it can cause a number of safeguarding risks, not to mention act as a distraction to the lesson you are trying to teach. All platforms enable you to turn the chat off, a quick google search will give you instructions on how to do it whether you are on Zoom, Teams or Google Meets.

4. Have a plan for one-to-one phone calls or meetings
In school one-to-one conversations with pupils would take place with doors open and in sight of others. Online this is more difficult. Teachers should ensure one-to-one communications take place on school equipment, ideally on a phone belonging to a parent with a parent present, and if consent is given, the call can be recorded. It is also useful to ensure another member of staff is aware the call is taking place. Keeping a log of one-to-one phone calls and sessions can also be useful for referring back to.

5. Protect staff and child wellbeing
Last week was Place2Be’s Children’s Mental Health Week and it could not have come at a better time. Children, parents and teachers are all finding online learning difficult for a myriad of reasons. Whatever you can do as a school to help will be appreciated.

Thanks to David for these helpful tips. In light of the safeguarding issues surrounding live lessons RocketLearn is offering pre-recorded lessons for schools accessible via YouTube rather than live teaching. RocketLearn is currently offering free lessons and online work for primary schools across the UK. To receive a copy of these via email please click here. 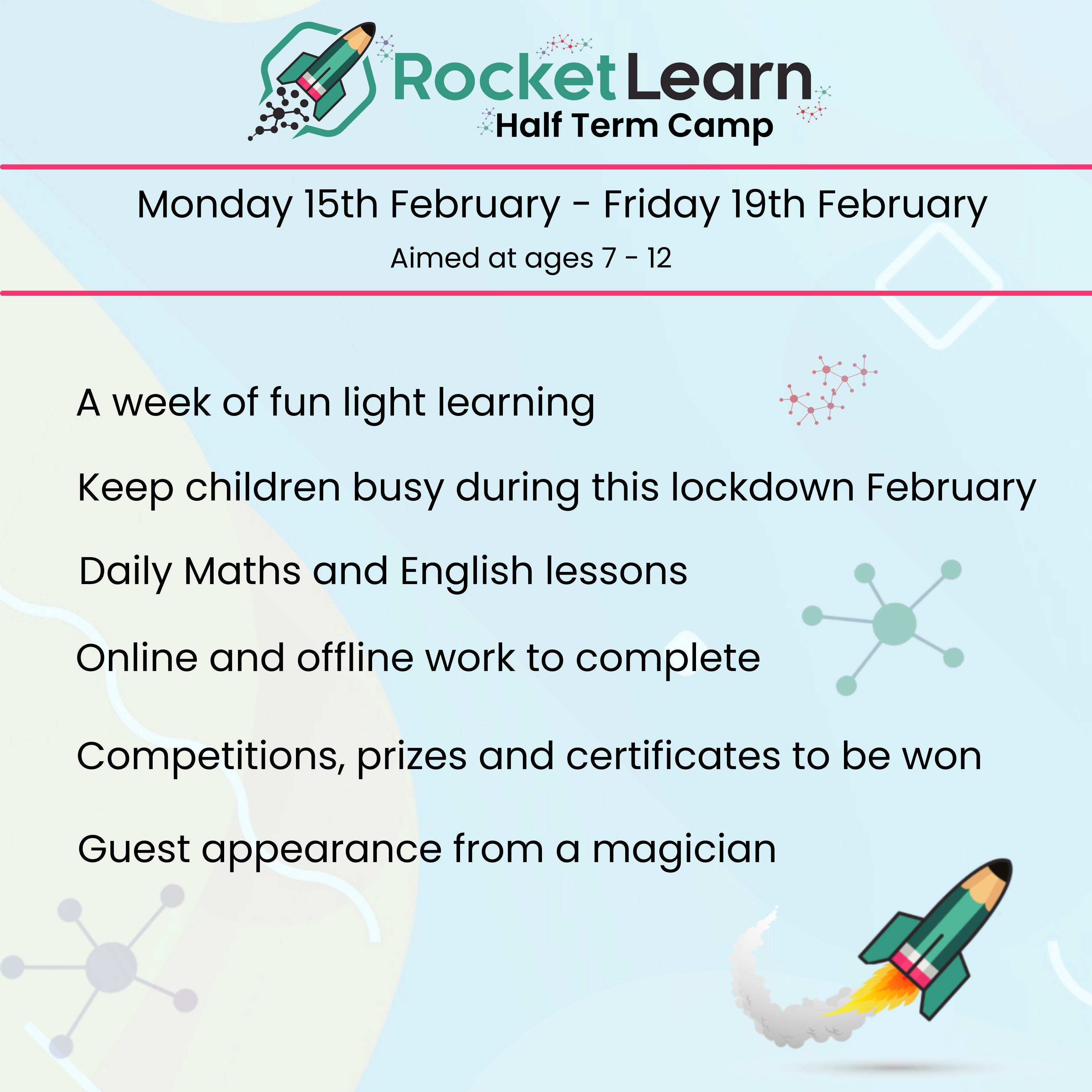 Young people in the UK, Hungary and Denmark have come together to tackle online sexual harassment and what they need from adults to help them to put an end to it.

‘Support us every step of the way, even if you think we may have done something wrong’ – young person from Denmark

Our research found that 51% of respondents aged 13-17 years said they have witnessed people their age circulating nude or nearly nude images of someone they know, with 10% of UK teens receiving sexual threats online. However young people in the UK said that they were more likely to ignore online sexual harassment than to speak to their parents or carers, with 49% not telling their parents as they were worried that they would then stop them from using the internet.

This film is designed to inspire change among young people, so that they feel empowered to step up to online sexual harassment, whether that is through reporting to social media, the police or a trusted adult.

Will Gardner, CEO of Childnet, and coordinator of Project deSHAME said:
"This film is a direct call to action from young people to put an end to online sexual harassment. We know that young people are passionate about making a real difference online and this film will act as an inspiration for those who watch it. The power of this film is that it gives us the unique opportunity to hear directly from young people about what they need from the adults in their lives, whether that is their parents, carers, teachers, youth workers and as well as the internet industry. It’s clear that all of us must act now to put an end to online sexual harassment.”

What young people want adults to do

During the creation of this film the young people told us what they wanted adults to do if a young person came to them after facing sexual harassment online. This is what they said:

56% of young people in the UK said that embarrassment was the main reason they would not report online sexual harassment. Project deSHAME has worked with young people and professionals to develop practical resources to instigate open and regular conversations about this issue.

Resources to help parents and carers

To help parents and carers to support their children with some of the issues raised in this film Childnet have created a new resource outlining further information about sexting.

This ‘Hot Topic’ contains statistics about sexting among young people, answers some FAQs that parents may have and then breaks down guidance for parents into age appropriate sections, including tailored advice for:

There is also guidance to help parents who discover that their child’s nude image has been shared online.

Written by Childnet International on May 24, 2019 09:10
Tagged with: sexting online childnet
Two thirds of young adults expect to benefit as first ever Scroll Free September kicks off tomorrow

Across the UK, thousands of social media users are gearing up for the start of the first ever mass-participation social media-free month, Scroll Free September, which kicks off tomorrow (1 September 2018).

The campaign, organised by the Royal Society for Public Health (RSPH) and sponsored by Silentnight, asks people to give up or cut back use of their personal social media accounts, such as Facebook, Twitter and Instagram, for one month, with the intention that the experience will have a positive impact on mental health and wellbeing.

Participants can choose to go completely Cold Turkey, or just stop using social media at selected times, such as in the bedroom or at social events, while other phone use such as instant messaging is still allowed.

Based on public polling, RSPH estimates that as many 320,000 people in the UK may be planning on taking part in the inaugural campaign. However, the campaign has also attracted widespread international interest, with participants from 56 countries across five continents already signed up to receive tips and advice through the official campaign website.

Polling carried out on behalf of RSPH on the eve of the campaign also found that:

Find out more about the different ways of participating and sign up to take part in the campaign at www.scrollfreeseptember.org.

Shirley Cramer CBE, Chief Executive of RSPH, said: “When used in the right way, social media can have a lot of real positives for mental health and wellbeing, including improving social connectivity and providing a source of emotional support. We want to harness and promote those positives, so Scroll Free September certainly isn’t about quitting social media for good.

“Scroll Free September is about taking a break and taking notice of the aspects that may be having a more negative impact on your wellbeing – of which we know there are many – and using that knowledge to establish a healthier, more balanced relationship with social media in the future. Whether it’s scrolling before bed stopping you sleeping, following aspirational and unattainable accounts denting your self-esteem, or the ever-presence of phones getting in the way of your face-to-face interactions with friends and family, Scroll Free September gives us all the opportunity to identify those negative elements and cut them out for good.”

“RSPH’s significant research has confirmed that many young people believe their anxiety, body-image concerns and sleeping difficulties are worsened by considerable social media use. We can no longer ignore the impact excessive social media use and addiction is having on the mental health and wellbeing of so many in our communities. I congratulate RSPH for launching this campaign which I know will influence all those who, like me, are determined to improve the health and wellbeing of every child.”

Claire Murdoch, NHS England’s national director for mental health, said: “Scroll Free is right to highlight growing concerns that social media is contributing to increasing mental health issues in young people and a major ramp up of services will be needed to deal with the problems as part of the NHS long-term plan. We need to see concerted action, with everyone taking responsibility, including social media giants, so the NHS is not left to pick up the pieces of a mental health epidemic in the next generation.”

Supporting the announcement of Scroll Free September last month, Chris Elmore MP, Chair of the All-Party Parliamentary Group (APPG) on Social Media and Young People’s Mental Health and Wellbeing, said: “Scroll Free September is a great opportunity to take a break from social media. Many of us are guilty of becoming consumed by social media and whilst there are many benefits to using the various platforms which are available, it’s important to take some time out. I’d highly encourage everyone to get involved in this initiative – there are several different ways to do so to suit everyone. So please do take a look and see what benefits it brings to your everyday life.”

Victoria Prentis MP, Vice-Chair of the APPG, added: “I am really pleased that I am able to lend my support to Scroll Free September. I am an active user of social media, given my role as a Member of Parliament so I am sure the first few days of the blackout will be a challenge. However, as the mother of teenagers I am only too aware of the negative impact social media can have on the mental health and wellbeing of children these days. Initiatives like Scroll Free September provide a welcome opportunity for users to reflect and to build a healthier, more balanced relationship with social media. I would encourage my constituents to get behind the campaign too!”

Dr Nerina Ramlakhan, a sleep expert from Scroll Free September sponsors Silentnight, said: “Social networks are definitely causing a heightened feeling of FoMO, particularly with the younger generation who are so used to seeing their social lives played out online.

“It’s quite concerning to see just how much people are using social media at night time. The impact on sleep is particularly concerning. It’s proven that the blue light from phones and tablets wakes up the brain making it difficult to wind down and fall asleep. So punctuating the night with social media checks is a recipe for disaster if you want to sleep well.

“As a sleep deprived nation we’d do well to limit the amount of time we are spending on social media. Scroll Free September is a great chance to initiate this change in lifestyle and reassess our social media use.”