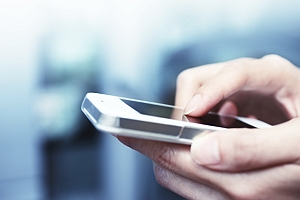 As I write articles for E-safety Support, I occasionally think that I’ve come across everything now, that nothing can really shock me or sadden me, but then I will read an article in the press or somewhere online and realise that this is not the case and that as long as there is the internet, there will almost always be something out there that is truly more bizarre, more sad or more sickening than what I read previously.

This is what I felt when I read about how some young people are actually going online and posting hurtful or abusive messages to themselves in the newest example of psychological self-harm. I have read countless articles about the increase in internet ‘trolling’ to the point that you can believe that at any one time, somewhere on the web, someone is receiving threats or being cyber-bullied in some way, most probably, by someone they have never met, but now it would appear that some people are actually doing this to themselves.

A study carried out by the Massachusetts Aggression Reduction Centre (MARC) discovered that out of 617 young people that were interviewed, 9% had actually cyber-bullied themselves online.

There are various ways that teens ‘troll’ themselves. One method is to set up numerous profiles and send multiple abusive messages to themselves, things like “You are fat”, “Nobody likes you”, God, you’re ugly”, etc.

But why would they do that?

Psychologists who have studied this area say that young people with low self-esteem do this so that the comments posted by the “other people” (even when it is themselves sending the abuse from pseudo-profiles) offers confirmation of their own poor opinion of themselves.

Another way of inflicting self-harm is to use the different forums or social media sites to post open questions about themselves inviting strangers to answer questions such as “Am I attractive”, ”Am I slim” or “Is my hair nice”, etc. Any negative responses that come back reinforce those feelings of lack of self-worth.

Rachel Welch, who is the director of a self-harming charity, says that although cyber self-harming does not leave physical wounds, it should still ring emotional warning bells.

“Self-harm like cutting yourself, is a physical response to emotional pain, it distracts the person from that pain. Cyber self-harm is replacing emotional pain with another form of emotional pain. This negative emotional reinforcement is extremely worrying. Self-harming behaviours can change rapidly and escalate.”

It is often a desperate feeling of shame that causes someone to cyber self-harm and they typically find it hard to reach out and ask for help. What can help is for a young person who is, or thinking of, cyber self-harming, to talk to someone who doesn’t know them personally such as a qualified counsellor or ‘nominated adult’ at school. They will help them understand the reasons why they are doing such things to themselves without judging them and help them to nurture better feelings and emotions about themselves.

For further information about self harm, visit stepup-international.co.uk where there is support for professionals and parents to help deal with this issue.