Have your say: Social Media and Young People

Is social media a dangerous risk to young people or a powerful support network? Have your say 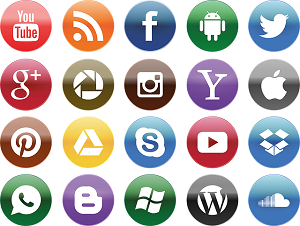 In the last few days, there have been a number of stories reported in the press - with conflicting messages about the impact of social media use on the lives of young people.

The latest round of news began with an announcement from the Head of Instagram, Adam Mosseri. Facebook-owned Instagram is going to test hiding "like" counts as a way to make "a less pressurized environment" on the app. This feature comes as part of efforts at Instagram to combat online bullying which is said to plague younger users of the platform.

Social media firms have been under increased pressure from the government to tackle the risks posed online, and this was supported by an announcement by Candida Reece, of the National Association of Head Teachers (NAHT), who this week tabled a motion at the union’s annual conference committing it to a campaign for the introduction of a statutory duty of care to protect children from online harms and toughen age verification checks. She added that social media firms should face a levy to pay schools for teaching children traumatised online.

However, in a small study of participants aged 11 to 18, it would seem that teenagers do not necessarily perceive potential risks on social media as such. On the matter of online abuse, it was reported that "many children doubted there would be any serious consequences for social media abusers. The report suggested that teenagers might not report online abuse because they often don't see it as a problem"

At the same time, TalkTalk's Teenage Loneliness and Technology Report revealed that half of teenagers believe that social media and the internet makes them feel less lonely. Conversely, just a few days later, results from a study of 12,000 UK adolescents revealed that the use of social media had little effect on the well-being and life satisfaction of teenagers.

Have you had experience of social media being a positive or negative influence in your school? Do you agree that it can be a source of support for young people? How do you teach your pupils to avoid the potential risks associated with social media? Let us know your thoughts and suggestions using the comments section below.
Written by Safeguarding Essentials on May 09, 2019 10:35
Tagged with: social_media
Previous story
Next Story

people spend too much time on it.

Posted: over 2 years by woowie and flora

We recently had a parent complaining on Social Media about her perceived problems with the school, before checking with our school. As it turned out the parent was totally wrong in their perceptions and had to remove the post. Do you have any recommendations regarding a Social Media policy?


Hi David. Thank you for your question. Some schools include references to parental use of social media in their acceptable use policies, outlining the correct course of action if a parent does have a concern to help avoid these situations arising. It may be helpful to take a look at one of our earlier blogs - which you can find here: https://www.safeguardingessentials.com/stories/267