Have your say: Screen Time 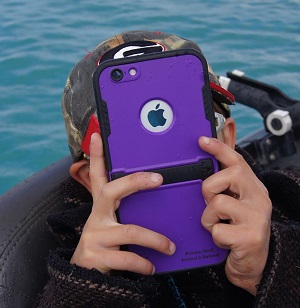 Last week, the Royal College of Paediatrics and Child Health (RCPCH) suggested that there was little evidence that screen use was harmful to children.

In its review of evidence published by the BMJ Open medical journal, the RCPCH told parents to worry less about the amount of time spent looking at a screen, but with the caveat that it should be avoided an hour before bedtime.

The review also looked into claims of an association between higher screen use and obesity and depression, stating that there was no clear evidence to support the theory that screen use was the cause of the issue and not a symptom.

With previous advice being to limit screen time, or indeed, use screen time as a controlled reward for good behaviour, the message is still unclear.

However, in the interest of health and well-being, is it more a case of what the screen time is being used for, rather than for how long?

Spending time online researching information for homework or enjoining a film with the family seem to present healthy screen use. However, spending time on social media sites, craving followers and likes is perhaps more damaging as highlighted by a recent BBC feature.

In a recent study by the Department of Experimental Psychology at the University of Oxford, it was found that screen time had little effect on the wellbeing of teenagers.

According to the study findings, "The notion that digital-screen engagement decreases adolescent well-being has become a recurring feature in public, political, and scientific conversation. The current level of psychological evidence, however, is far removed from the certainty voiced by many commentators. There is little clear-cut evidence that screen time decreases adolescent well-being".

The report also noted that the research found "little evidence for substantial negative associations between digital-screen engagement—measured throughout the day or particularly before bedtime—and adolescent well-being".

The full study findings can be viewed here.

Do you agree with the latest advice? Do you agree or disagree with the University of Oxford findings? What screen use by pupils most concerns you? How can we ensure positive screen use? Let us know your thoughts and suggestions using the comments section below.
Written by Safeguarding Essentials on April 11, 2019 09:59
Tagged with: social_media screen_time
Previous story
Next Story

As a secondary school teacher who has been pushing the max 2 hours DST, this is very bad news.
Surely 2 hours of gaming/social media is more than enough for any teenager on a standard school day.

Posted: over 3 years by John Lewis

I think it could be more of a question of what young people are NOT doing, whilst they are in front of a screen. It is lack of getting outdoors, playing organised games and sports, interacting in person with peers and others etc. that is the problem. It is not being in front of a screen that is harmful, it is not taking part in other activities. It is not getting a good night's sleep due to lack of fresh air and physical exercise, and using a screen too late before going to bed.

Posted: over 3 years by Ian Hall

This evidence was mostly gathered from television screen time... it's not 1981?

Posted: over 3 years by Neil

I think we all need to look at why it's needed for 4year old in first place in school..
Let's look at schools just 10 years ago they didn't need it then they don't now.
This is a subject extremely close to my heart as I kept it all away from my daughter who is soon to be 5 and a very bright smart chatty child who loves human interaction as it was introduced in school I had to and my daughter mentally as well as physically has impacted from the affects of screen time. She has no interest in anythink if it's even just on show...
It's very very sad in my eyes that the world is supose to be over populated yet we teaching children to listen to computer not adults...
I don't see it ending well atall for children or adults in years to come..
It creating more problems them people may realize world wide..