Highlights from the 2017/18 report relating to Safeguarding 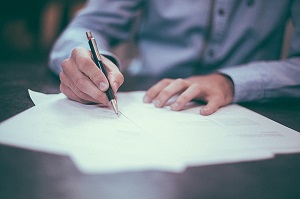 Some of the headline findings highlighted by Ms Spielman included:

While the report praises the progress that has been made, it also acknowledges that there is still much work to do, and four key themes were identified:

Of course, all areas of education were discussed in the report, however, we will today pinpoint just a couple of the areas specifically relating to safeguarding.

Knife Crime and Gangs
Two of the more worrying areas of safeguarding now dominating concerns (and indeed the media), are knife crime and the criminal exploitation of children.

The report identifies that both these areas are on the rise, but that schools are teaching children how to stay safe. It recognises that these issues cannot be tackled by schools alone and must be supported by external agencies such as the police, health services and LAs etc.

Other groups of schools identified were independent schools (with 10% having ineffective safeguarding arrangements) and secure training units.

Also, and somewhat surprisingly, schools who are currently graded as outstanding are on the 'at risk' list. Due to the exemption from inspection, some of these schools have not been inspected for over 10 years, leaving Ofsted with a lack of clarity on the quality of continuing safeguarding practices in these schools. While poor performance data will trigger an inspection, there is no such trigger for safeguarding. And in schools which fell from outstanding to inadequate, safeguarding is typically not effective.

You can read the speech delivered by Amanda Spielman here or the full annual report here, and you can let us know your thoughts on the report using the comments section below.