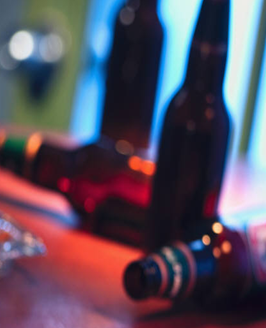 Last week we became far too familiar with a new online term – NekNominate. For those new to this, NekNominate is an online drinking game which involves the participant drinking a large amount of alcohol as part of a challenge and then nominating someone else to continue the game.

Unfortunately we were alerted in the media to this craze due to some tragic stories, where the prank had gone too far.

To try to understand why this was becoming such a popular phenomenon, I spoke to 2 young people who had both recently completed their NekNomination and interestingly, neither drank alcohol.

The first nominee chose to drink a smoothie concoction consisting of several different ingredients which, when combined made the drink particularly unpleasant (but nevertheless alcohol free). When she had been nominated, she knew she didn’t want to involve alcohol, but wanted to take up the challenge some other way, so instead decided to go for something amusing. She never felt pressurised to involve alcohol and would have been happy had her nominee felt the same.

The second student (of a similar age) took a slightly different approach – instead of drinking large volumes of alcohol, she instead pretended that her drink was made up of wines and spirits, while all along it was really apple juice. She felt the pressure from her peers to complete the task stating that “it can’t end with me” and also to “do something impressive”. So seemingly drinking a vast amount of alcohol (or at least, pretending to) was her choice. The conversation then took an interesting turn when she claimed that she had then “earned the right” to nominate someone else.

So, while both students handled their nomination differently, it seems that the common theme was the need to compete – the first to make the challenge funnier, while the second to make it more impressive than the last – alcohol or no alcohol. Both students agreed that had they thought of something that didn’t involve drinking at all, but was suitably funny/impressive, they would have happily done that instead.

NekNomination appears to have gathered momentum over the last few days, making it more and more attractive to young people to get involved. The tragic cases seem to be lost in the thrill of taking part. However, there are stories emerging where people have developed their own way of taking up the challenge (giving food to the homeless for example). So while the craze will be difficult to prevent, perhaps those who are prepared to make it their own and do something more creative are the ones who will be able to change the nature of NekNomination.

If you would like to share your thoughts on this topic, please use the comments section below