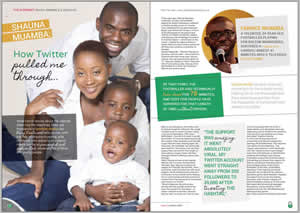 The RDI and Child Internet Safety, both North West companies who are passionate about online child safety, recently joined forces.

The partnership is about raising the profile of safety of children whilst out and about via the Friendly WiFi Scheme and to communicate details of the scheme to parents and the educational sector. The announcement of the partnership also coincided with the launch of the Child Internet Safety magazine.

The Child Internet Safety magazine is free of charge, and provides an ideal reference point, with focus on everything from social media, gaming, e-commerce, internet access, internet footprint and identity, to e-safety, content filtering, and mobile devices. The information gathered together means families can celebrate the amazing resources found online and via connected devices - whilst also being well aware of all the hidden digital dangers.

Aisha Tilstone, Founder and Publisher at Child Internet Safety comments “Every child is now born into a digitally enabled world and we’re all, collectively, still learning about the benefits, and the dangers. Children are at the forefront of that, because their natural tendency to explore, communicate, and break down barriers is amplified online; any mistakes can have far-reaching consequences.”

Ed Vaizey, Minister for the Digital Economy, said: “The Friendly WiFi and Child Internet Safety partnership will make clear to parents which cafes, restaurants and other businesses have internet access that is safe for their children to use. It will help these firms ensure that families feel comfortable and make it clear to parents they are choosing a safe online environment. It will also allow parents to access the Child Internet Safety magazine, which will help show families how to stay safe online.

“This shows that businesses are responding to Government’s call to think about how they can help parents protect their children from inappropriate content online.”

Written by Friendly WiFi on January 29, 2015 12:30
Tagged with: safety internet child friendly_wifi rdi
16-24s not concerned about virus protection on their mobiles

A new report from youth insights consultancy Voxburner into online security and data privacy reveals that only 19% of 16-24s use security software on their mobile device, compared to 87% who do so on their laptop or PC.

The vast majority of young people (93%) believe they have a high or good ability to deal with security threats across all their devices, whilst over half (58%) consider themselves only at minor risk.

Young males consider themselves to have a higher ability to spot dangers than their female counterparts. 45% of male 18-24s say they are very confident in their ability to avoid online security threats, compared to 28% of female 18-24s.

Commenting on the results Luke Mitchell, Head of Insights at Voxburner, says “Most young people regard themselves as advanced technology users who are experienced enough to recognise scams and avoid viruses, but it is surprising how little concern they show when it comes to their phone being at risk. There is an worrying assumption that they are safe from dangers on their mobiles.”

Zoe, aged 21 from Kingston upon Hull says, “I didn’t even know you could get antivirus for your phone. To be honest I don’t download anything on to my phone anyway so I don’t know how I could get a virus.”

Jess, aged 19 from Cardiff says, “I have heard of antivirus software for phones, however I think people chose not to get it due to the limited space available on their phones. Having an antivirus software might prevent people from having so many songs, or even apps and photos.”

The report also revealed young technology users are resistant to thumbprint scanning built into the lock screen of their phone. Even if it offers some benefits, 18-24s spoke of the disruption to their user experience - they value convenience and speed above improved security.

April, 19 from Reading says, “OTT much! And what if you need someone to use your phone quickly for you? For laptops I can just about understand it, or for a front door. But a phone? No way.”

Raphael aged 20 says, “It’s a pretty cool feature, but I’m not too keen on Apple having my fingerprints no matter how much they say it’s private and secure. It’s also not worth upgrading from the iPhone 5 for the new features.”

The full Online Security and Data Privacy report from Voxburner can be downloaded here..

Written by Safeguarding Essentials on March 04, 2014 11:41
Tagged with: child child_protection virus mobile
Why E-safety Education is Essential at Primary School

With many of the headline stories in relation to e-safety largely involving teenagers, it’s easy to forget that children as young as 9 are reporting to have met strangers both online and subsequently offline. Many also claim to have been bothered or upset by something encountered online including sexual images. (Source: Haddon, Leslie; Livingstone, Sonia; and EU Kids Online Network (2012) EU Kids Online: national perspectives)

Further statistics from the Ofcom - Children and parents: media use and attitudes report 2013 indicate that:

While these statistics are worrying enough, we must also remember that ‘internet access’ now comes in many forms, some of which may not be immediately obvious to younger (and indeed older) users. Take for example connecting to other players on a WII game or using an installed App on an iphone or tablet device. This is still ‘internet access’ and therefore the potential risks are inherent too.

Placing security controls on computers and using child friendly search engines are no doubt a great starting point for younger children, but these actions are not guaranteed to filter out all the dangers. Arming students with some basic knowledge at an early age will help to reinforce e-safety awareness for when their natural curiosity inevitably leads them to an online area of possible danger.

Amid all the stories of concern and risk, it’s also worth remembering that the internet does offer a rich environment for information and learning, so its use should be encouraged. As with many things in a child’s education, we must first show them how to do it safely under supervision, before letting them take control.