Is bullying getting worse?

Bullying in schools has always been a problem, but there’s a growing concern that it may be worsening. 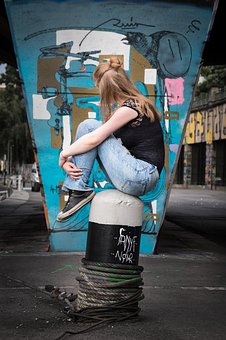 Research released by TES on 14th September revealed that from over 1000 secondary school teachers interviewed, over half thought that bullying was a problem in their school, with more than a fifth saying that bullying in their school was on the increase. Rather more shockingly, 40 per cent declared they knew of pupils too scared to attend school because of it.

Teachers also felt they weren’t able combat the problem alone, with an urgent need for it to be tackled on many fronts: from giving children the means and empowerment to report bullying to encouraging parents to take a closer interest in their children’s day-to-day activities.

New technologies have brought new dangers
Whilst bullying once took place within the school grounds — where teachers had full visibility of pupil interaction and behaviour — the growth in Smartphone ownership and the use of social media has taken bullying out of public view into a much darker world; one where the perpetrator can remain anonymous and the victim contacted anywhere, day or night.

Cyber bullying means the torment can now occur undercover and go undetected, leading to tragic consequences. Victims of cyber bullying are more inclined to self-harm and exhibit signs of suicidal behaviours, but surprisingly, so are the perpetrators themselves. A recent study by UK researchers, released in August 2017, found that online bullies are 20 per cent more likely to have suicidal thoughts and to attempt suicide than non-perpetrators. Those who bully online have very complex emotional issues which may include feelings of inadequacy, an inability to socialise in the outside world or feel the desire to hold power over or control another person. In some cases, cyber bullying can be inflicted by a group rather than an individual, with others encouraged to ‘join in’ with the bullying in order for them to become accepted as part of a group or to increase their popularity.

Sadly, in the majority of schools, cyber bullying is a problem that many teachers are unable to get to grips with. 51 per cent of teachers interviewed in the TES survey said they had not had the training they needed to combat bullying, and with the NSPCC having recorded an 88% increase in calls about cyber bullying in the past 5 years, it’s an area that many schools feel underequipped to manage.

Plan ahead for Anti-Bullying Week
The week of activities which will be held in November is organised by the Anti-Bullying Alliance, which was founded in 2002 by the NSPCC and the National Children’s Bureau. Over the years, the organisation has been bolstered by the support of a number of core and associate members who work collaboratively to raise awareness about the impact of bullying. Their aim is to create safer environments in which children and young people can live, grow, play and learn.