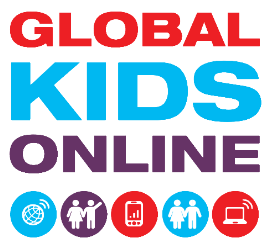 The Global Kids Online project, launched earlier this week (1st November) at the Children’s Lives in the Digital Age seminar held at UNICEF Headquarters in New York, aims to build a global network of researchers using their research toolkit to investigate the risks and opportunities of child Internet use.

Their initial research, carried out in Argentina, the Philippines, Serbia and South Africa, with support from UNICEF country offices, piloted the research toolkit, with the results being compared and combined to demonstrate both similarities and differences between countries.

The key findings of the pilot research include:


One of the conclusions of the findings suggests that, “children are generally positive about the opportunities available for them online. However, children do not use the Internet in schools as much as expected and they generally do not see teachers as those they could confide in about what bothers them online”.

The toolkit is being made available for researchers to utilise allowing the research to be broadened globally. The project aims “to connect evidence with the ongoing international dialogue regarding policy and practical solutions for children’s well-being and rights in the digital age, especially in countries where the Internet is only recently reaching the mass market”.

More information about the project and a full copy of the pilot research findings can be found at blogs.lse.ac.uk/gko/