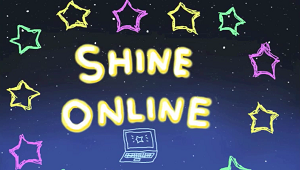 Winning films to be used as internet safety resources for schools.

E-safety charity, Childnet, announced the winners of their seventh annual film competition at a private screening held for the shortlisted schools and industry guests at the BFI Southbank.

Judged by a panel of experts from the BBC, BBFC and the BFI, the two winning schools and the four other finalists will now see their films used as internet safety resources to educate other young people about how to use the internet positively and safely.

“The Childnet Film Competition celebrates the positive power of the internet by encouraging young people to take an active role in inspiring each other to leverage the internet for good.

Initiatives like the Childnet Film Competition are incredibly effective at championing internet safety in schools and amongst peers. By encouraging young people to work together, the competition helps empower them to use online mediums to shape a better future for themselves. Congratulations to all of the participants. You are all winners!”

“This year’s film competition theme, ‘shine online’, was all about inspiring young people to use the internet for good. Today we not only saw the time and dedication that has gone into creating these films but the passion young people have for creating a better internet for everyone. It’s great then that the young people’s films will continue to have an even wider impact, as they become resources for schools and youth groups to use to educate young people about using the internet positively”.

With over 120 entries across the two categories, primary and secondary, 5 schools and 1 youth group attended the finalist’s event at the BFI in London before seeing their films on the big screen.

“Film is an inspiring medium for all ages and for children in particular it brings to life important messages and in making their own films, it allows them to express themselves in a less conventional way than say writing an essay in the classroom. Engaging children in this way creates a memorable experience and helps them take on board ideas and information. On behalf of all the judges I would like to congratulate the Childnet Film Competition winners and the finalist’s on creating fantastic educational resources that will be used in classrooms across the country.”

Hollie a young person from Arundale Primary School said "It was amazing! A once in a lifetime opportunity. If you get the chance don't turn it down. Thank you Childnet for organising this life changing event."

Jude from Wren Academy said "There's nothing like seeing your film on a screen. Everyone should get involved it's an amazing experience."

The winning films from the Childnet Film Competition can be viewed here.