Friday 17th June 2016 is Stop Cyberbullying Day - #SCD2016, an annual day where everybody can get involved and make a difference both on and off-line. 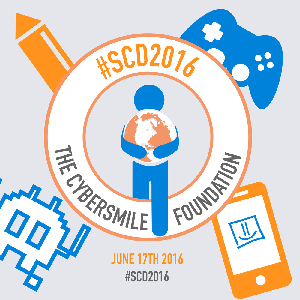 Online bullying (or more commonly called ‘cyberbullying’) can be a blight on many children’s lives. In many ways it can be more hurtful than traditional types of bullying as the victim in many cases, does not know who is posting the information, it can occur 24/7 and it is often difficult to remove.

There have been many campaigns over recent years to educate young people and ‘Stop Cyberbullying Day’ is another initiative to try and make children think about the impact of online bullying.

Over recent months, there has been much discussion about the future of the internet. The ‘Reclaim The Internet’ movement is highlighting the problem of trolling and cyberbullying of individuals who make comments and are then aggressively bullied by others who disagree with them.

Many social media experts believe that the way forward is to ensure that children and young people understand that creating a better internet means that they have to think about what they say when posting information. The concept of ‘netiquette’ and encouraging children and young people not to be ‘bystanders’ and to report and block online bullies is the way forward.

Many more social media sites now offer reporting mechanisms to ensure that users can report bullying. This includes online gaming sites such as Xbox Live, as cyberbullying can occur across many platforms. However, sites and Apps such as ‘Whisper’ have appeared which enable users to post anonymous comments which have caused many problems for schools.

For parents and teachers, it is important to recognise the signs of a child being bullied online. This can include secretive internet use, subdued behaviour and in the worst cases, self-harm.

On Stop Cyberbullying Day, the organisers of the event, The Cybersmile Foundation, are asking everybody who cares about cyberbullying and online hate campaigns to join their growing movement for action against online bullying and to help create a much safer more enjoyable environment for our children's future. Day, With the internet less than 25 years old, it is important that future generations take a stand and try to ensure that cyberbullying is confined to the history books.

All E-safety Support members can download a cyber bullying assembly from their dashboard.