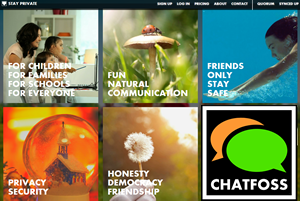 Put simply 75% of children are breaking legal terms and conditions, a shockingly high number. As we know once the 50% mark is reached it is very difficult for parents not to bow to peer pressure as they do not want their children to miss out or be labelled as “uncool”. The problem is self perpetuating resulting in such high levels of young children using age inappropriate apps. Why is it that in the online world such terms and conditions are just blithely ignored?

The online and offline world seem to operate with very different sets of instructions. A recent straw poll saw 100% of year 5 and 6 children say they had watched or played a game with a rating of 18. When posed the same question with regards to films only 3 hands went up. Despite all the good work that goes on with organisations such as NSPCC, PEGI, SwGfL to name but a few the message is clearly not getting through to parents or children. How do educational professionals deal with this, as the saying goes “You can take a horse to water but you can’t make it drink”. E-safety seminars within schools are notorious for low attendance, with parents either deliberately or naively turning a blind eye.

In the Ofcom report on Children’s media use parents cited the main reason they did not, for example use safe search, was because they trusted their children. Trust is not enough, children must be protected. There is a difference between “trust” and “protection”. We need to educate parents that even if you “trust” your child you still need to protect them. Children wear cycling helmets – this is not because we don’t “trust” them to fall off their bikes – it is because we want to protect them.

For the first time, children are now spending more time on the Internet than watching TV and are accessing content unsupervised at an increasingly younger age, so rather than turning a blind eye, parents should be actively discussing Internet use with their children. If parents are familiar with the online playground their children are in, they will at least have some notion of the potential risks. And once they do know where their children are hanging out, they then have the opportunity to suggest safer alternatives such as ChatFOSS. Afterall, we don’t want to prevent young people from learning how to use social media properly as it is integral to modern life. By showing them safer alternatives which teach them the principles without the risks, it’s like teaching them to ride a bike with stabilisers.

Happily, the majority of underage usage of apps such as Instagram, twitter and facebook is entirely innocent, however that does not mean such usage does not bring with it risks. The reported increase in mental health issues that is being attributed to social media seems to have no impact on parental decisions. Can the recent Newsround report stating that 37% of children who use social media underage are friends with someone they have never met encourage parents to be more involved in e-safety? I hope so.

We would like to thank our latest guest blogger, Alicia Coad, for her thoughts on this topic. To find out more about Alicia and ChatFOSS, click here.

I am in Harrison Arkansas and the school here want children on the internet with no blame to the school and all blame to parents a contract of sorts for 4th graders the principle of that school claiming my son is missing out on fun activity's as reasoning for him entering into a contract he does not understand I feel that this is lawsuit material! Correct me if im wrong

E-safety Support Response: Thank you for your question. We can not comment on individual school cases and indeed any laws applicable in your area. However, in the UK, it is not uncommon for a school to issue an 'acceptable usage policy' to both students and parents. This document help both parties to understand their responsibilities when using the school Internet and can be used as a basis for the rules of Internet use - it can encourage responsibility for e-safety and how technology can be used safely in and out of school.