Digital Leaders at St Wilfrid's School - How It Began 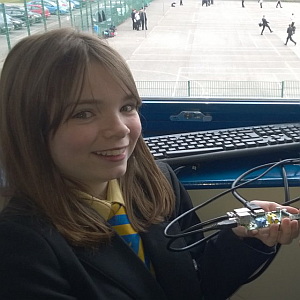 Early last year, at a Network Managers Course, I came across the term ‘Digital Leader’. It was used by the speaker Robert Bashforth in reference to projects started by Chris Mayoh of the YHGfL. He used the term to describe one way of raising the profile of e-safeguarding issues in schools by developing a team of students to get involved and work in doing the job with you.

Obviously, they would have to have an interest in the issues in the first place, but then have to go on to gain the knowledge required before they are actually able to support their peers and also the staff in all matters of e-safety. They also talked about these students as helping to ‘push’ and also support digital initiatives to their peers and teachers as specialist leaders in using technology in the classroom environment.

Well it all sounded like a good idea, but then I could not really see what the students themselves might get out of the process and where their motivation would come from to volunteer to do this. Therefore, I asked Robert and others over the next few days and did a bit of ‘Googling’ and saw that actually the ‘Digital Leader’ projects that were already happening in little pockets here and there around the country, seemed quite a viable proposition. I researched some other areas where having a ‘Digital Leader’ type of student might prove of benefit around school in issues that were generally related to computing and computer use. I also started to realise where the students involved might benefit from being involved and that it might actually appeal to and interest a few of our kids very much indeed.

We just happened to have bought around 100 iPads in school and a couple of staff went on courses to learn how to get the most of our ‘new’ technologies. Staff needed to learn about getting away from the traditional computer suite or laptop trolley scenarios in school, particularly when not specifically teaching IT. However, any expertise did not seem to be being spread around school effectively and we seemed to be stalling a little.

Education news came out last year saying that, specifically in IT courses, Mr Gove, (the Education Minister), would rather have IT courses that concentrate more on teaching ‘Computing’, (programming and more ‘under the bonnet’ technology), as an alternative to the more traditional Information and Communication Technology (ICT). It is a fact that as a nation, we are already falling short of people coming out of education who can fill these types of technical computing jobs.

Well it so happened that the Head of the IT Department had just bought a few Raspberry Pi computers with the aim of maybe setting up a little school club. He wanted to attempt at getting some basic coding into the curriculum, so here was an opportunity maybe to start teaching students to get interested in computer coding and some control projects too.

And so, at our annual Activities Fair, the Digital Leaders project began.

At E-safety Support, we will be following the Digital Leaders project to share their ideas and solutions they find to e-safety issues in their school. If you would like to share your school's experiences, please email tinae@e-safetysupport.com