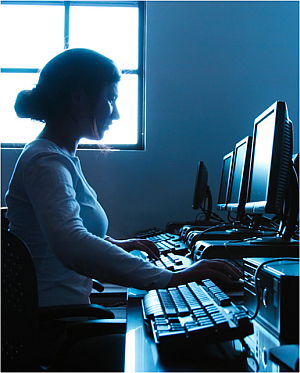 Written by Vicki Dan on March 19, 2014 10:03
Tagged with: esafety sexting cyberbullying pornography e-safety
Selfies and the development of cyber language

I recently saw an advert for a smartphone with the strapline ‘putting the camera first’. Now call me old fashioned, but surely the phone should come first?

Having an all-in-one device which incorporates a camera has changed the way we use photography in our everyday lives. It’s not that long ago that taking photo’s was largely limited to a roll or two of film used exclusively for family holidays and Christmas parties which had to be developed and turned into printed photographs (then undoubtedly stuffed into a drawer and forgotten about).

Today though, taking photos is something which we are encouraged to do daily and then share via our social media network. And the latest trend for taking these photos it to take one of yourself, or taking a ‘selfie’.

This week , Oxford Dictionaries classified selfie as their word of the year and defined is as:

It seems that the word also has derivations including belfie – a bum selfie, delfie – a drunken selfie and helfie – a hairstyle selfie amongst others!

This spontaneous way of taking photos seems like harmless fun – and indeed in its purest form it is. Take for example the recent news about a young girl who took a selfie at a Beyonce concert and was delighted to get her icon in the shot (we could add the new phrase photobomb here too). That’s what selfies are all about, but it doesn’t take much for it to go wrong.

It could start as someone posting a selfie online. Invited or not, comments could be made and potentially this could lead to (another term we are unfortunately becoming familiar with) cyber bullying.

Or perhaps we should introduce another recent addition to common language – sexting. Sending or requesting inappropriate selfie images, or sexting, could lead to distress, bullying, blackmail or indeed criminal prosecution.

The development of the mobile device and technology in general has given rise to a number of other phrases and meanings including smartphone (as discussed in our ‘Is that a phone in your pocket’ article) or it’s opposite dumbphone, tablet, android, iOS, live-stream, refollow, hackable, phablet, digital detox, MOOC, internet of things, BYOD....

Written by Safeguarding Essentials on November 20, 2013 13:31
Tagged with: sexting social_media cyberbullying e-safety selfie digital_citizenship
E-safety education and the role of the parent

In the last few weeks we have had news about internet filtering to block adult content, celebrities falling victim to ‘sexting’ and yet more stories about students and teachers suffering from cyber bullying via social media platforms. Add to that the plethora of new sites appearing that encourage participation from young people, and you can begin to see the enormity of the e-safety risks children face.

As teachers, there is a responsibility to safeguard pupils inside and outside the classroom which can be achieved with lessons and assemblies on e-safety, as well as enabling students to help the school develop and deliver the e-safety policy. But should it stop there?

The Guardian recently reported that research by Plymouth University showed that while parents appear to be confident about how safe their children are online, they are avoiding the difficult conversations about ‘sexting’, cyber bullying and so on. "There is a disconnect between how safe parents think they can keep their children online and their actual ability to do that," claimed Andy Phippen, professor of social responsibility at Plymouth University.

It’s easy to understand why parents may find this a difficult topic, not least because of the new language and internet slang which has developed with the increase in online participation. But there is also the issue of privacy – in research carried out by mobileinsurance.co.uk, 60 % of parents of children as young a 6 do not check mobile phone use for fear of invading their privacy. It goes without saying that parents need to help in the campaign to make sure children are safe in any environment and that includes online. First, however, it seems that we may need to educate them too.

If you would like to share your thoughts or tips on involving parents in e-safety education, please use the comments section below. Alternatively visit the E-safety Support Parents Pack for more information.