Interpreting the Ofsted Requirements for E-safety 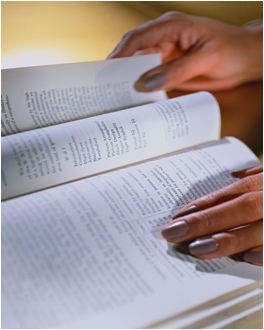 In September 2012, Ofsted issued the first briefing to its inspectors instructing them on how they should inspect e-safety in the schools they attend. The inspection authority’s ‘Inspecting e-safety in schools’ document has been updated regularly, with the last amendment being published at the start of this year.

The briefing has caused a fair degree of confusion within schools, with regard to interpreting its stipulations. What e-safety requirements school leadership should have in place with regard to their staff and students has caused the most uncertainty.

The document highlights a number of key features of good and outstanding practice, which cover a number of areas. Within this and subsequent blogs, we will look at the individual areas of the briefing and suggest how schools may deliver particular aspects successfully, in the eyes of Ofsted (or indeed, other inspection authorities) and to the benefit of schools.

1. All teaching and non-teaching staff should have good recognition and awareness of e-safety issues.

This can be demonstrated by:

- This gives helpful context when discussing e-safety in training sessions for staff as well as assisting students to understand during PSHE or ICT lessons focusing on e-safety.
- Allows students and staff to keep up-to-date with new e-safety issues.
- It also allows students and staff to privately browse the articles to improve recognition and awareness or help with projects relating to e-safety.
- A repository can also be helpful when compiling an e-safety policy.
- Can be used in school newsletters/websites to keep parents/guardians aware of modern e-safety issues to ensure that they can keep their children safe at home.

2. The senior management of schools have made e-safety a priority across all areas of the school.

This can be demonstrated by:

3. Training in e-safety has been given a high priority in order to increase both expertise and internal knowledge capacity.

This could be demonstrated by:

4. They value the contribution that students, their parents and the wider community can make and that this is integrated into the whole school e-safety strategy.

This could be demonstrated by:

- Nominated, trained individual members of staff and peer-monitors that parents or students could approach personally in the event of an e-safety issue.
- A specific email address or telephone contact that parents use to alert the school of potential issues or to request advice on e-safety.
- Regular in-school events to allow dialogue to take place between parents and teaching staff where advice and information could be offered regarding e-safety and safe-guarding issues.
- Promoting access to parents to the school’s repository of articles and resources in order to raise awareness and knowledge of e-safety issues at home.

These are just some suggestions on how you may develop your e-safety provision. If you would like to share your thoughts on implementing e-safety policy and practice in your school, we would love to hear from you. Please use the comments form below.

Further ideas on how to demonstrate key features of good and outstanding practice will be brought to you in future articles.

Written by Steve Gresty on January 23, 2014 12:48
Tagged with: ofsted esafety curriculum e-safety training
A look at some new Apple and Android educational apps for 2013

It is always a little disheartening writing an article on new apps or websites as you always know in the back of your mind that, as a consequence of how fast technology improves and upgrades and the sheer avalanche of creativity that app designers apparently possess, you know that in a few months time newer software and upgrades will become available and eclipse those contained in this article. That said, it is always worth summarising useful resources to inform educational professionals of apps that they may wish to use with their students.

Maths Bingo is all about numbers and aims to assist young students to learn how to add, subtract, multiply and divide through the game of Bingo.

The application sets a series of questions dependent on the student's choice and their individual level of maths skills. The app contains a timer that counts down so the student can practice getting quicker by trying to beat their personal best; however, they can start using the app without the clock to begin with so that they can nurture their skills without that additional pressure.

This app is available for iOS and Android devices and is priced at 69p.


Math Bingo can be downloaded from The Apple App Store or The Android AppStore.

This excellent application offers instant mobile access to Oxford's bestselling picture dictionary. The app can either be used alone or merged with Oxford's print dictionary to provide teachers with the perfect vocabulary resource for their students.

This free app is available from the Apple App Store and is compatible with iPhone, iPod touch, and iPad although it is optimised for the iPhone 5.


The Oxford Picture Dictionary can be downloaded from The Apple App Store.

POETRY from the Poetry Foundation

This excellent app which will operate on all the latest versions of the iOS and Android operating system, allows students mobile access to thousands of poems by classic and contemporary poets, from William Shakespeare to César Vallejo to Heather McHugh. The Poetry Foundation’s app, which was nominated for a WEBBY award, turns any iPhone, iPod Touch or iPad into a mobile poetry library.

Due to the language contained within some of the poems, the app is recommended for students who are 12 years old or above.

POETRY can be downloaded from The Apple App Store or The Android AppStore.

'See. Touch. Learn.' is compatible with iPad only and does require iOS 5.1 or later. The application is free although a pro version is available the price of £27.99

See. Touch. Learn. can be downloaded from The Apple App Store.

MathBoard is slightly more expensive than other maths apps; however, this application has the additional benefit that it can be easily configured for students of any age. The app starts with simple addition and subtraction problems, multiplication and division, and algebra.

MathBoard utilizes an interesting blackboard theme and a multiple choice question format; however, it does encourage students to work out solutions with a really nice scratchboard function where students can chalk their working.

The app is only available on iOS devices and there is a free version of the app that only tackles addition so teachers can try the app before deciding to purchase. The full version, however is priced at £2.99.


MathBoard can be downloaded from The Apple App Store.

If you would like to let other teachers know about an app you are using with your class, please let us know using the comments section below

In recent years there has been a considerable increase in interest surrounding the use of computer games for learning, mainly as a consequence of their ubiquitous nature among school-age students - ask any typical class ‘who plays computer games?’ and you’ll be unlikely to have any student without their hand up. Indeed, in a BBC research study carried out in 2005 it was found that 78% of 16-19 year-olds play computer games and 87% of 8-11s and 88% of 12-15s played games on a games console at home in the UK.

Without a doubt, the attention and focus that games can command from students must be the envy of any teacher, couple this with their incredible power to motivate young people and instil in them a strong desire to progress and improve and the question that has to be asked is “what if we could somehow capture and use the thirst to learn that games manifest within their players, in our classrooms?”

It is with the aspiration to tap into this high-level of engagement that educational computer games are now finding their way into teachers’ resource kits; however, what are the skills and attributes that students can learn from game-based learning?

Observed and anecdotal research has demonstrated that engagement in computer games provides far more developmental benefits than just refined hand to eye coordination, offering genuine progression in spatial awareness; resource organisation; team-working and communication; literacy improvement and a variety of problem solving skills as well as encouraging players to reflect on their on-going performance within the gaming environment.

Research also suggests that playing computer games can encourage students to deepen and broaden their learning experiences by developing their awareness and interest in other external subject content. In their article entitled ‘Public Pedagogy through Video Games’ (2009) Gee and Hayes describe the experiences of a young girl called ‘Jade’ who, developed her ‘Photoshop’ skills by designing ‘virtual’ clothes, for characters within the video game ‘The Sims’, which gave her advanced graphic design skills and by selling the clothes through an online store, also encouraged her to gain commercial knowledge and awareness too.

So, if games can offer so much to education why isn’t there a rush to adopt the beneficial aspects of gaming in formal schooling? Well, here lies the problem! Research has clearly shown that the advantages of game-based learning are primarily situated outside of traditional pedagogy, the learning process and achievements manifesting themselves as incidental consequences of an activity rather than the main learning objective. This process is termed ‘informal learning’ and incorporating it into traditional school-based pedagogy has been shown to be fraught with difficulties due to:

• Games not being an easy fit into school culture, curricula and practices,
• A reluctance, within traditional communities of practice within schools, to embrace fundamental changes to teaching and learning practice as a consequence of the historically strong and deep links to long-established pedagogy,
• A lack of knowledge of the learning potential of games within teaching communities, indeed a lack of knowledge of games, period!

As a result of these points, a large number of attempts to incorporate games into the school curriculum have been unsuccessful, in spite of valiant efforts by innovative teachers and the gaming business due to the games that are solely created with the intention to educate failing dismally to engage their audience, the perception that genuinely engaging games don’t offer sufficient academic value and their inability to correlate well with the school curriculum

That said, there are those, however, who continue to believe that games can be introduced into a rigid, curriculum-lead school environment.

‘Serious Games’ are games that have commercial gameplay and game environment but have genuine academic content fundamentally designed into them. An example of this type of educational game is ‘The Small Business Game’, developed by the same company who retail the previously mentioned ‘The Sims’ range of games. In this game, participants run a football retail shop and the focus is on the learning of students whilst maintaining the ‘feel’ of a commercial game that students will be more familiar with.

Another method that has been employed to introduce games into the curriculum is the use of game-making software as the curriculum. ‘Thinking Worlds’ is a good example of this, whereby games design becomes a subject with formal curricular accreditation. An additional example is ‘Missionmaker’ from ‘Immersive Education’ a game design environment that is endorsed by one of the top three UK awarding bodies.

It would therefore seem that games can play a role within the academic setting; however, it also appears that there is a long and complex path to tread to progress game-based learning from just another teaching resource to being a fundamental conduit to inspirational, engaging and motivational learning. As a final thought, there is a steadily increasing number of educationalists who believe that the benefits and opportunities offered by game-based learning is signalling a tipping point whereby the victorian model of education that has endured to the present day, must finally move aside to allow the creation of a system that has new technologies, such as games, at its very core and that can stimulate 21st century students with genuinely exciting and inspiring learning.

If you have any comments or teaching tips on game-based learning, please contact E-safety Support using the form below